Oddly, its getting a bit thin out there for Shakespeare. But there is some... especially some college productions, which are happy on the budget! If you know of anything else going on in the next few months, please leave a comment! I get grumpy when I have to go too long without seeing live Shakespeare. ;-) (Some places don't have a schedule up yet... but I figured I should post these before I forget.) 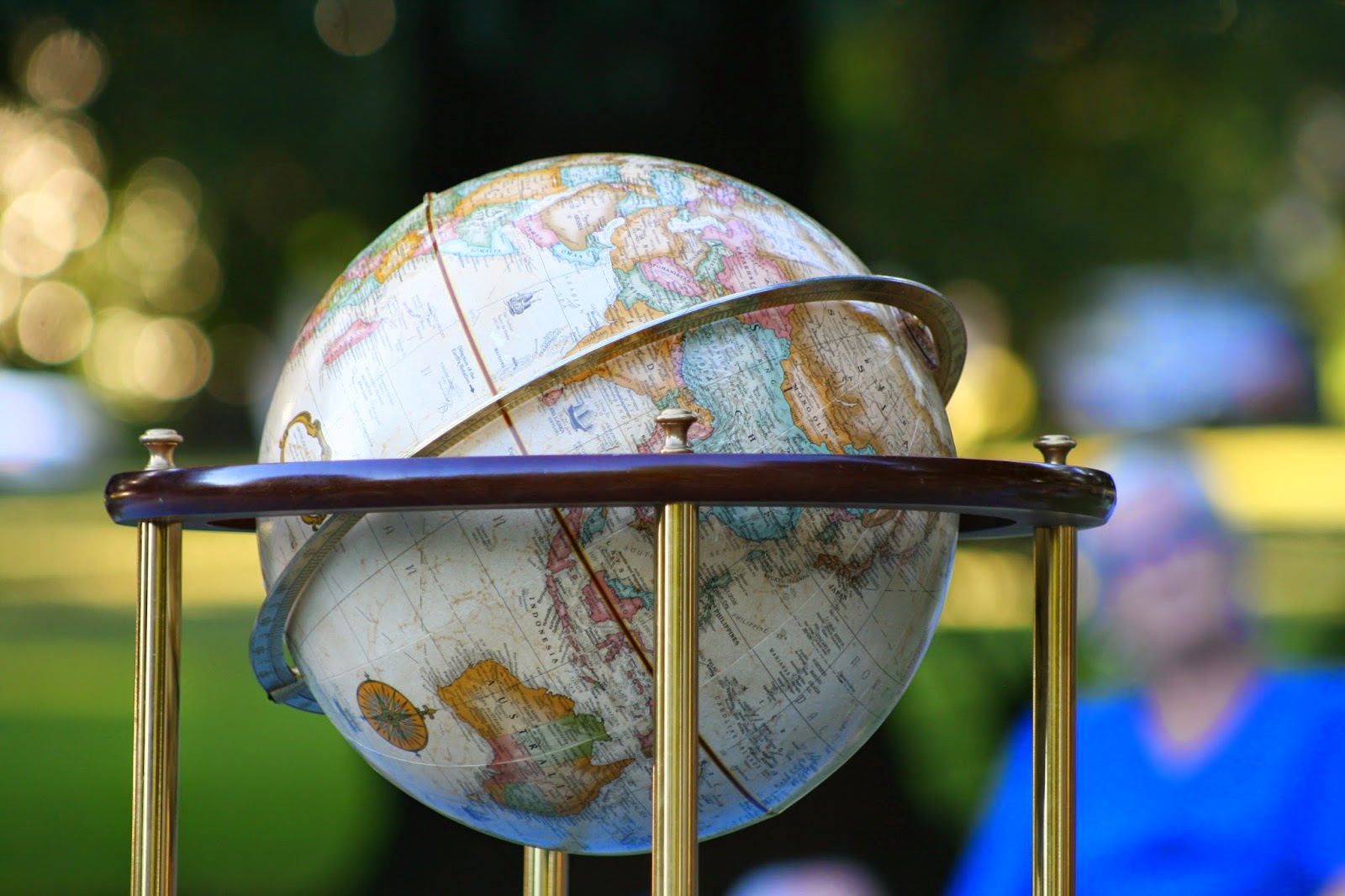 The Taming of the Shrew
Summer 2015
Portland Actors Ensemble


Wow! It's been a while since I've been on here. For one thing, I haven't seen a lot of Shakespeare lately. And the shows that I have seen, I've been too busy to review. Not good. I'd say I'm going to try to change that... but there's a surprising dearth of Shakespeare on the horizon -- strange, when the goal is to have productions of all 37 of Shakespeare's plays done in the next 2 years in Portland. Hmmm... Anyway... on to a review! 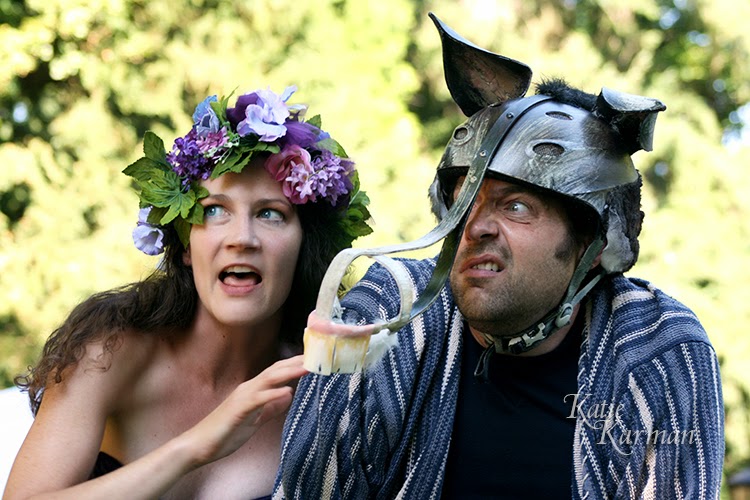 PAE has a lot of practice doing outdoor summer Shakespeare, and it showed in their production of A Midsummer Night’s Dream. They did many things right – the actors poured themselves heart and soul into the production, and their enthusiasm spreads to the audience; they know how to handle the language so that it’s not awkward, even with all the rhyming couplets in Dream; and they are experts at doing theatre in an outdoor venue, projecting both their voices and their actions for large crowds and not depending on artificial amplification (I hadn’t realized till recently how unique this is!).

However, I have to say, I was disappointed in two major areas of this production.

First, there wasn’t any continuity in the fairy world. 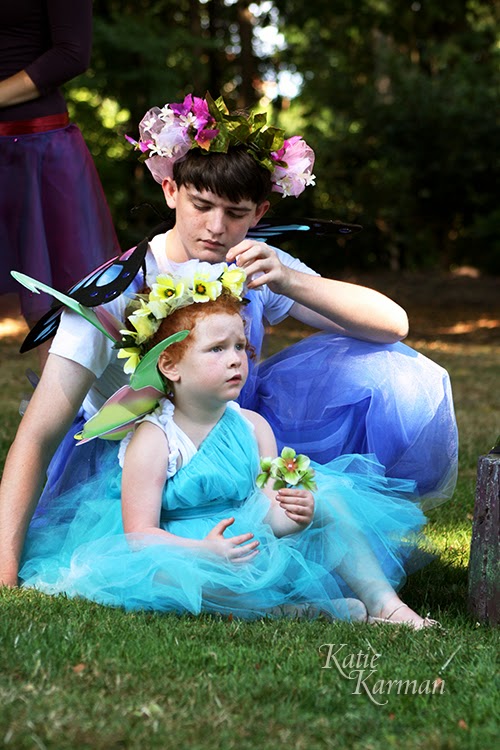 There were adorable little fairies, played (very well!) by children, in fluffy tulle over white clothes and lush flower headpieces. Then there were three bizarre adult fairies in all black with bad attitudes and black bandanas. I really couldn’t see any reason for the adult fairies except to carry Titania’s bower on and off stage and to provide “music.” More on that anon. It would have made more sense if the adult fairies belonged to Oberon’s company and the children to Titania’s… but they all seem to be Titania’s… so I was left extremely confused about what they were there for and why they were so different from the others. Honestly, they were distracting.

Then there was Oberon – a grumpy satyr – which works, don’t get me wrong! But it doesn’t seem to fit in with the other fairies. He’s the only “mythical creature” fairy of the lot… and honestly, as great as his satyr costume was, it was left completely in the dust by Titania’s gorgeous purple and green dress… so much so that it was kind of hard to believe that he was the king of the fairy world with him as king. 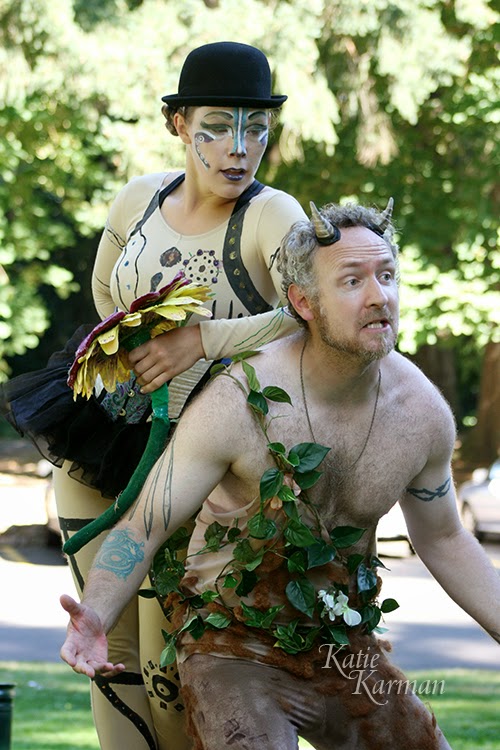 And then, it saddens me to say, but Puck was all wrong. Not the acting – Kate Belden was marvelous, with just the right blend of mischievous and skeptical, and a brilliant physicality that really sold the part – but her costume was incomprehensible. A beige body suit that looked like a bored child had taken a sharpie to it – no real continuity or design or comprehensible reason for what was there – a corset and black tutu, face paint – again, in an incomprehensible design that looked like it was just there to fill space – and a bowler. OK… so some of the doodling on her body suit was supposed to look like Oberon’s tattoos and therefore show that she was his minion. But it looked more like sharpie doodling seriously. None of the other fairies had face paint or even heavy make-up. She didn’t look like she fit anywhere.

To me, this is a vision and continuity problem. There were a few too many ideas about what the fairies should be like, and the costumer and director tried to incorporate them all – sweet children flower fairies, almost Goth-ish (but they didn’t even go far enough to really be called Goth) dark fairies, semi-Steampunk Puck, mythical Oberon, and glitzy Titania. And with three other “worlds” in the play (the court, the lovers and the mechanicals), a highly diverse fairy world is just confusing and makes no sense. 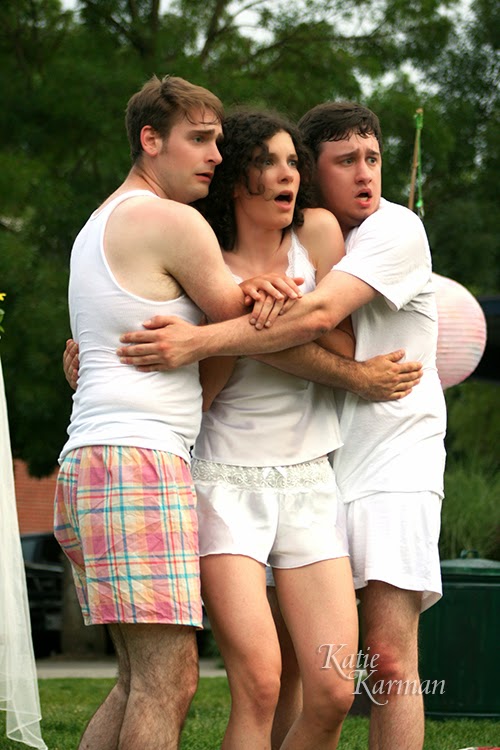 My second disappointment in this production is a little harder to put into words because it’s a balance thing. I like physicality and energy and fun in a production… especially when the play calls for it. But I also feel that, as with everything, gags, physical humor, slapstick, etc. must enhance the text, not distract from it. And that’s where I feel this production fell down. At times the physical humor was so broad and all-encompassing that it detracted from the text. There were several times when I felt like the lines were just something they were getting through while they did their shtick.

Now, if you know anything about me or have read any of my other reviews, you know that the text is paramount in my opinion. When other aspects of the performance get in the way, when a concept or idea upstages the text instead of helping and enhancing it, I have problems. A Midsummer Night’s Dream just pushed the bounds too many times for me. From the introduction “rap” – and I hate to be quite so blunt here, but if you’re going to work a rap into something, first have a reason for it other than you’ve always wanted to do a rap, and second, please don’t have it done by a group of middle-aged white people; it was painful – to the strip-tease fight scene where the young lovers all lost their clothes; from the very strange “music” the dark fairies were “singing” to lull Titania to sleep, to a few too many pratfalls (especially when one of your main characters is wearing a short-ish skirt that just won’t stay down)…. It was too much. I lost the hilarity of Shakespeare in the shtick, and that’s just not fair to A Midsummer Night’s Dream, which is a wonderful play in its own right, funny and accessible and delightful even on the page. There’s no need to add the extras to “engage the audience” on this one. That shows that you don’t have a very high opinion of your audience and that you don’t trust the text to do what it’s been doing for 400+ years. 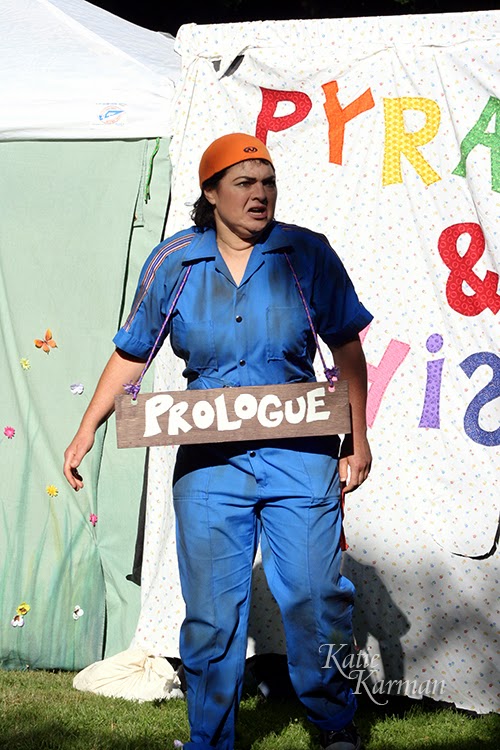 As Shakespeare pointed out in Hamlet's advice to the players, "And let those that play your clowns
speak no more than is set down for them. For there be of them that will themselves laugh, to set on some quantity of barren spectators to laugh too, though in the mean time some necessary question of the play be then to be considered. That's villanous and shows a most pitiful ambition in the fool that uses it" (Hamlet 3.2.1914-1919).

And that's amusing when you note that the one place the shtick and silliness didn’t feel out of place was with the Mechanicals… and that’s because basically everything they’re doing is ridiculous in the extreme already. As usual, they may have been my favorite part of the production. I kind of missed how I usually tear up at the end of Pyramus and Thisbe… but Bottom (Michael Godsey) tacked on a couple extra death scenes, and I got my tears after all from laughing so hard at him reenacting Romeo’s, Ophelia’s and Cleopatra’s last moments. 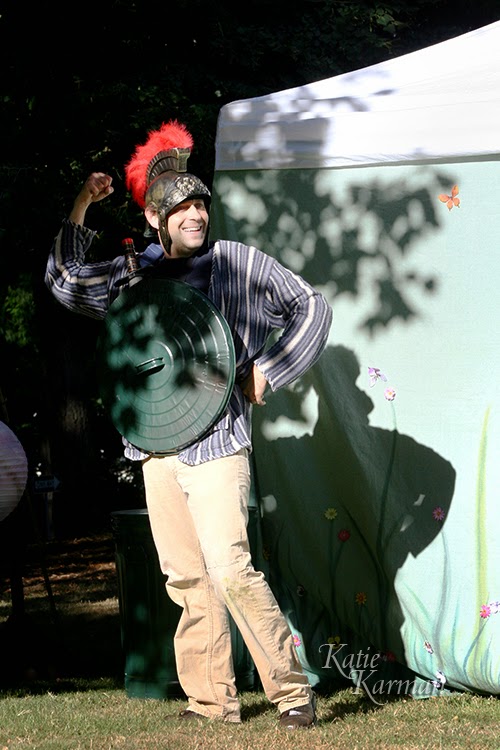 I do want to add that the acting was quite good. Patrick Cox is always fun to watch, no matter what part he has, and he did Oberon proud. The four lovers (Mariel Sierra, Tara Herschberger, Matthew Sunderland and David Bellis-Squires) were delightfully smitten with… whomever. And massive kudos again to Kate Belden who made me love Puck despite the train wreck of a costume.