Four Histories on the Beeb

I can barely contain my excitement for this. The BBC is doing Richard II, Henry IV (parts 1 and 2) and Henry V. They air in England in June... and who knows when for the poor, culture-deprived Americans. Looks like in Richard II alone we will see Patrick Stewart, David Morrissey and David Suchet, with Tom Hiddleston, Jeremy Irons, Iain Glen, Niamh Cusack, and a bunch of other people I will probably recognize on the screen filling in the other 3 movies. Happy sigh....

And Horrible Histories does it again! This is just fun. :-)

So, occasionally I get the chance to blend a few of my diverse interests. I'm excited to be doing the graphic design for Portland Actors Ensemble this year! And here's the first poster. 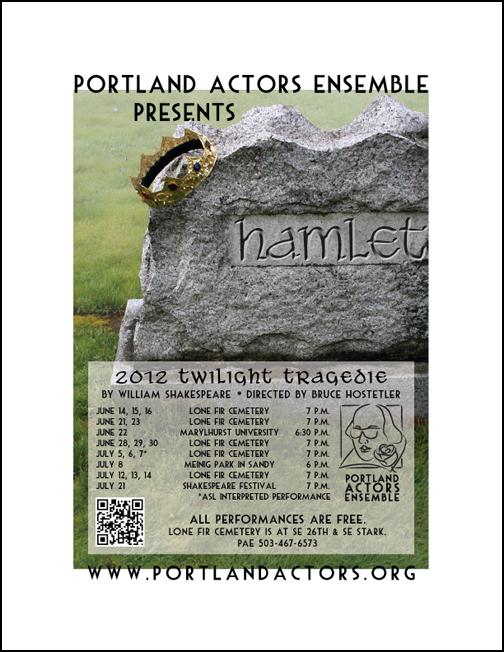